“If I don’t list it, how will the court know about it?” This is a common question I receive when I tell prospective clients that they need to list all their assets in a bankruptcy. The answer I generally give is “I don’t know how the court will find out, but if you hide it and the court learns about it you risk five years in prison and $250,000 in fines. Is it worth it?”

Dance Moms star Abby Lee Miller will soon find out, having been indicted for bankruptcy fraud related offenses. According to the indictment, Ms. Miller “in knowing disregard of the Court’s Order . . . continued to conceal and attempted to conceal significant sums of business income”.

Abby Lee Miller is the latest in a string of celebrities and pseudo-celebrities to face the wrath of the bankruptcy court. Real Housewives of New Jersey star Teresa Giudice was sentenced to 15 months in federal prison and ordered to pay $414,588 in restitution for failing to disclose income and list assets such as cars and recreational vehicles in their bankruptcy, among other charges. Further, her discharge was revoked so she still owes all the creditors that would have been handled in the bankruptcy and can likely never wipe those debts out in a future bankruptcy.

Pittsburgh Steelers quarterback Michael Vick was accused of making fraudulent transfers to friends and family members prior to filing his chapter 11 bankruptcy in 2008. It should be noted that this issue was resolved and that Mr. Vick appears to  have successfully completed the bankruptcy process notwithstanding the early hurdles.

You should make every effort to be as thorough with your attorney as possible. Don’t fail to mention assets because you’re afraid you’ll lose them. Your attorney will discuss creative options to preserve your things and make sure that you don’t give up more than is absolutely necessary. If you fail to disclose, you’ll lose your discharge. 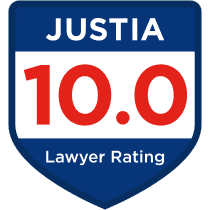 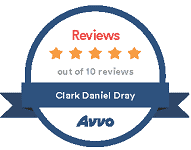